USCIS received 190,098 H-1B petitions during the filing period, which began April 2, including petitions filed for the advanced degree exemption. USCIS announced on April 6, that it had received enough H-1B petitions to reach the statutory cap of 65,000 and the master’s cap of 20,000. USCIS will reject and return all unselected petitions with their filing fees unless the petition is a prohibited multiple filing (PDF, 119 KB). 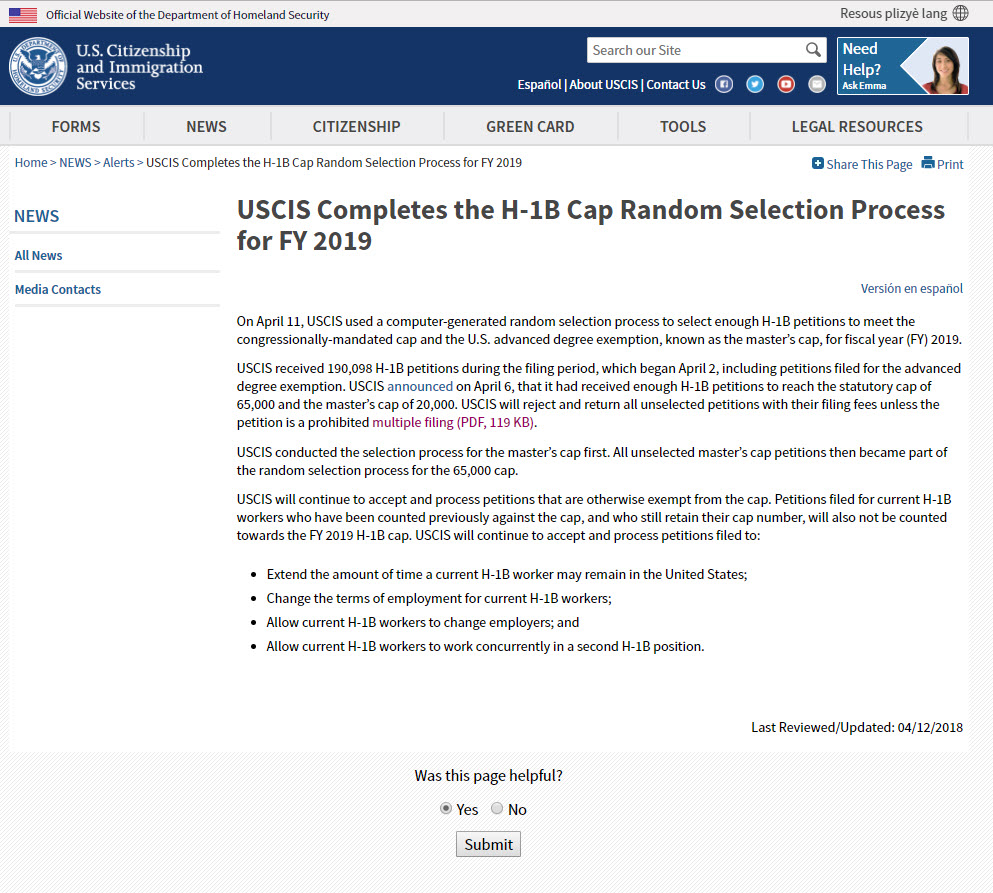